The profile for the day is gentle, so gentle – if I’m going to catch her, today’s gotta be the day. It starts with a down to Fontanillis Lake, reflecting the growing light on the mountains. 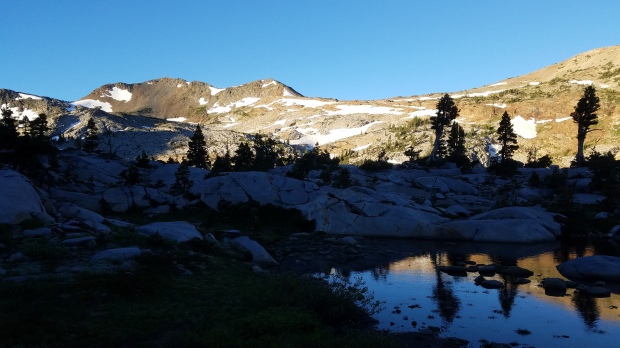 Swirvy curvy around Fontanillis, then down to Middle Velma Lake, and around to the mile marker at which I made a wish: 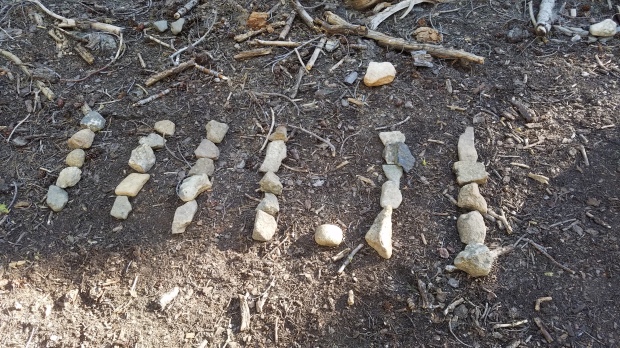 Hedging my bets with the whole “.11” thing

I listen to stories about cats and time travel and watch Lake Tahoe roll in and out of sight. Everything’s undulating today: the lake in and out of view, the trail going up and down, my hunger ebbing and flowing  My mood waxing and waning in between snacktimes. At least I have incentive to eat now.

I’m up and perched most of the afternoon, a-rockin’ and a-rollin’. 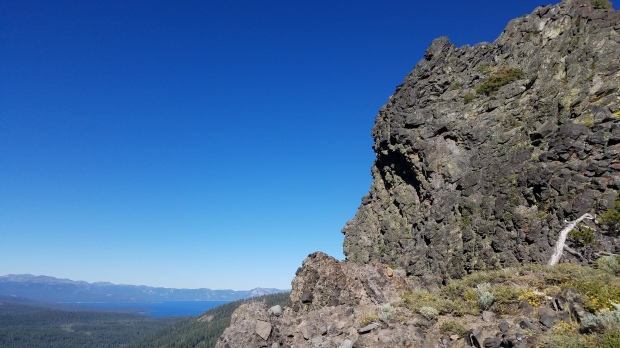 Haul, haul, go go go gotta get there. The trees even seem like they’re in a hurry to go somewhere, even if that somewhere is only up. 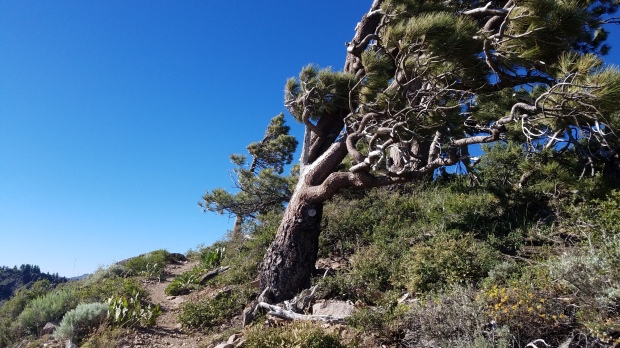 And up the hill, maybe.

At the end of the day’s last real up, the PCT and the TRT part ways, and I’ll admit I’m sad to see the lake go. Nothing but NorCal ahead. And Oregon, and Washington, but who’s keeping track.

My first taste of NorCal is pretty alright, though.

Finally, finally, the last drop of the evening, down, down, to where a bunch of folks are camped – and, when I poke my head in, sho nuff, there’s Pineapple. There are hugs and setting up my tent and a celebratory whisk(e)y tasting – Spesh included a few tiny bottles, and as the sun goes down, ten people gather around and listen to me yammer on about the differences between bourbon and scotch, about the effects of different barrels on the same whisk(e)y. We take each down, pass it around to much merriment. I’m so, so glad to be here.