I wake at dawn, and then again late – 6:30am. Rad that I think this is late now. Of course, one of the first things I do is find an earwig in my sleeping bag, so that puts a wee damper on my enjoyment, but I sweep it out no harm no foul. I need motivation to move before the sprinklers come on at 8, but I give myself a half-hour of Facebook before starting to gather my things to move them to the tarmac.

I finally decide to shower, am luxuriating in the warm water and the feel of shampoo on my scalp when the sprinklers finally come on. I’m buffing off1 trying to figure out how to run the gauntlet, but they’re slow-moving enough that it’s not hard. I forego most of the rest of my bucket laundry – except my socks – to be ready when everyone wants to go to the cafe for breakfast. Flaming Hot is waiting for Legend, so we’re waiting for Legend, and soon enough Gypsy comes through the gate and we’re all piled in for the short car ride into town.

We get our coffee and pastries – I get a beef-stuffed one and a spinach feta croissant – and sit down, chat up Legend, who tells us stories of how it is and how it used to be. I feel bad for being half-on, half-off my phone – I’m trying to be present, and mostly it’s working, but I have a lot to do if I’m hiking out today. Legend tells great stories, though, and I’m told I should always be up for fun, so I put the phone down until everyone splits up to do their own thing.

I find out the WordPress app has been wonky – having all sorts of media errors and “not uploading” various posts, but in the process of “not uploading”, or at least not publishing like I want it to, it’s actually uploading 3-4 copies of each photo. As I don’t know which ones are actually linked in the posts, I can’t delete them willy-nilly. And, as such, I’m also running out of space for photos on my account – I now know how to avoid the problem, but I’m going to have to upgrade soon. Womp womp.

I try to watch Game of Thrones during all this, but working out what’s going awry takes too long, and I only get halfway through the episode before it’s time to scurry about, get donors to my Big City Mountaineers fundraiser postcards, get water, get moving to the Kmart where we’ll catch the $1 bus back to the trailhead.

So many hikers at the bus stop! The locals notice, gawk or glare or chat with us about life and our trips and, as we board, our packs taking up seats (sorry!). We get to the trailhead quickly, wait for Flaming Hot and Evac and U-Turn to arrive. Then it’s time to say goodbye to Flaming Hot. 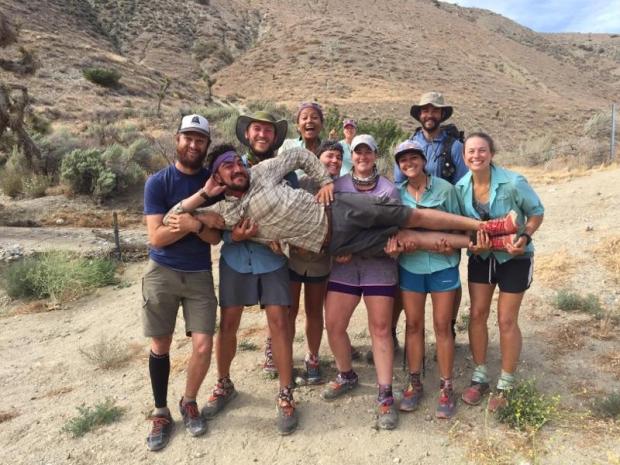 I’ve only really gotten to spend the last couple of days with him, but I’m sad I didn’t get to know him better; he’s a rad dude, and I wish he could stay with us. We take pictures, give him a goodbye howl before he’s off to go conquer Mount Whitney before heading home.

Us, we have to conquer this first up, then we’re in the foothills of the Sierra. 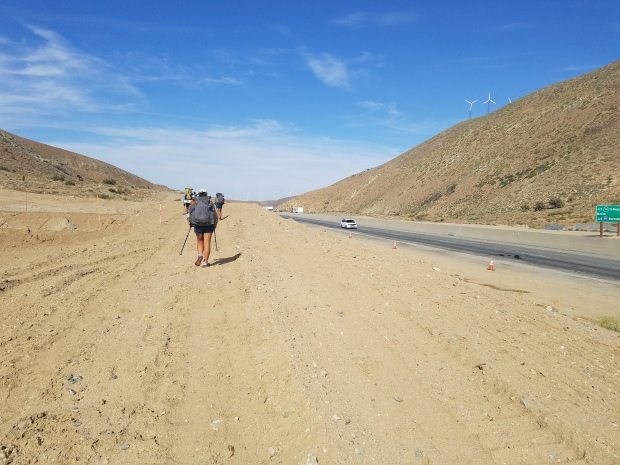 We get turned around before the up – there’s a weird construction site on trail? – before we face the up in earnest.

Just keep moving, just keep moving, just keep moving moving moving. I’m going what I feel is painfully slow, but I don’t stop except to grab a ginger chew that insists on hiding in my hip belt pocket, scooch over for Homegrown when he wants to pass, grab some chips for a  snack, tie my right shoe a little tighter when the arch starts acting up. I’ve been worried about this – now that I’ve passed the Colorado Trail end mileage, is my body going to decide it’s done? – but the retie helps, enough to keep me going. 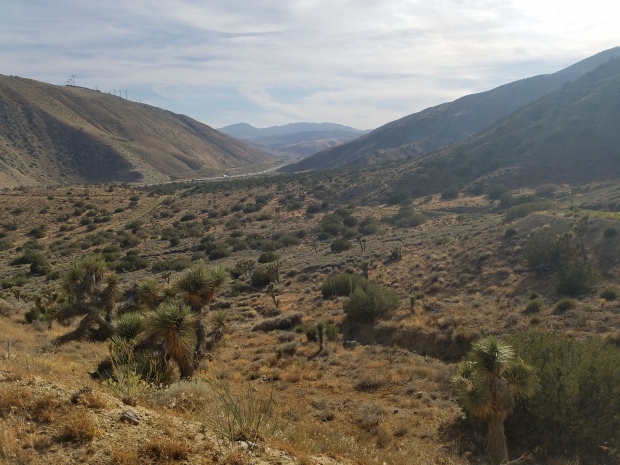 It’s easier than I think it will be to keep moving – I’ve found my pacing! Hooray! This up, at least, isn’t so bad. 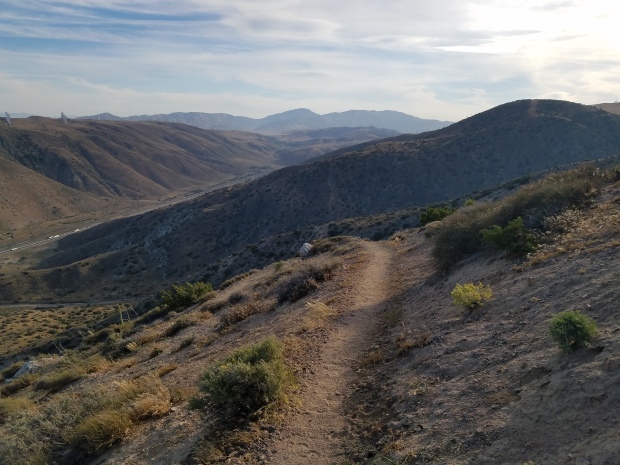 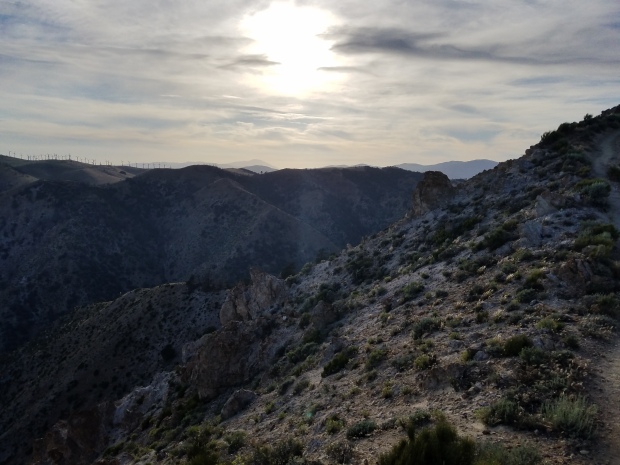 And soon enough, the almost top, where we stop to chat about making 6.3 uphill miles in a little over two hours, and then, the proper top, where Evac and Wolf are waiting for us. Homegrown, Sprinkles and I all want to make more miles, so we move on, them before me. I call my Mom to check in, since I won’t have service until Lake Isabella; we day our “just in case the service cuts out” goodbyes right before it does. I manage to get a text out laughing about it before all service goes for good. 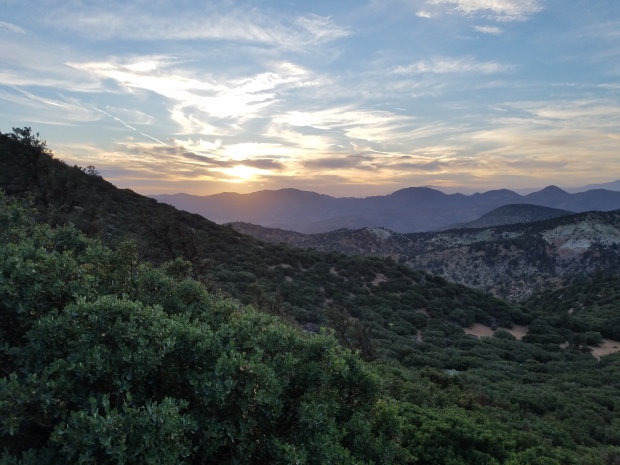 Then it’s getting vaguely concerned about mountain lions and whether or not I made the right choice leaving that last campsite in the sunset – what if they all went on not to the next campsite, but the one after? Could I make it there before dark? What if I have to walk alone at night? Will I see another kitty? Will I survive this time? I’m nervous and I clack my poles together above my head when I hear a voice. I howl tentatively; get excited howls back. Home for the evening is close by, then.

It’s neither a big nor a particularly flat space, but Yoda, Homegrown, and Sprinkles all make room for me and Raging Pineapple, when she shows. We settle in and eat as it gets dark, snuggle into our bags in the chilly night, happy to be in the company of friends.

[1] I.e. Toweling off with my also-wet-but-now-clean Buff